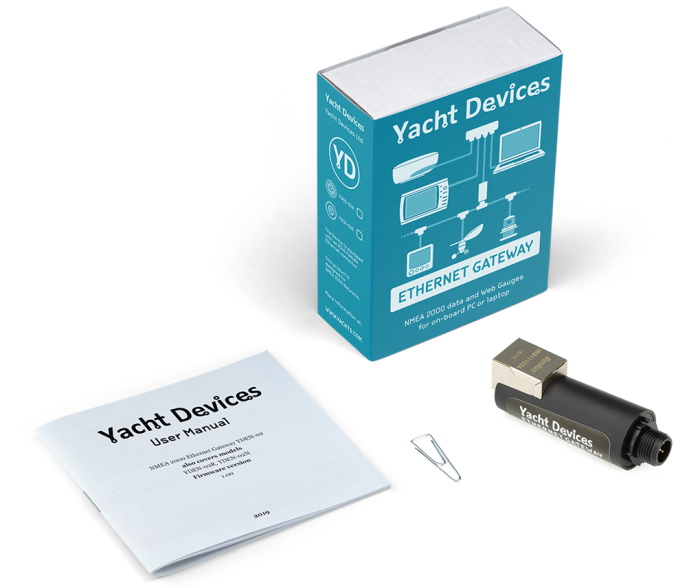 Despite its small size, under the hood (don't really open it) you will find:

As with many of our other devices, it can be plugged directly to the NMEA 2000 or Raymarine SeaTalk NG backbone to save on cables, and it is equipped with a regular RJ45 Ethernet connector.

We have received many questions concerning whether it will support NMEA OneNet or not. The OneNet Standard was scheduled to appear in Q4 2019, but it looks like it is delayed again. It is possible, that in 2020 we'll see the first chart plotters with NMEA OneNet support (because many already have an Ethernet port, so it is only a software question), but for most sensors, OneNet is still very expensive and we do not expect the first wind sensor or heading sensor with OneNet interface before 2025.

The main goal of our product is to provide an interface for marine software. In 2019, we see that most marine applications still do not support NMEA 2000 and use the NMEA 0183 protocol released in 1983. Development cycles are very long for software and hardware, so right now we do not see any practical reasons for supporting OneNet.

The Gateway also works over any other marine network based on Ethernet technology, including Garmin Marine Network, Raymarine SeaTalk HS (High-Speed) or Raymarine RayNet.

Many navigational PCs have an Ethernet connection to the marine network to display radar data, and the Ethernet Gateway lets you use the same cable to receive NMEA 0183 and NMEA 2000 data in marine applications. If you have a Wi-Fi router installed on the boat, it will allow using data and Web Gauges on mobile devices, too.